Your Vision, Our Expertise
KBM Maschinenbau

KBM GmbH Maschinen- und Elektrotechnik was founded in December 1998 by four business partners Horst Briel, Manfred Klein, Ralf Muth and Friedrich Koch. The company commenced operations on 1 January 1999. In 2000, the mechanical engineering operations of the Johannsen company were acquired out of insolvency. With effect from 1 August 2019, parts of KBM GmbH Maschinen- und Elektrotechnik were transferred to newly formed companies. The result was KBM Maschinenbau GmbH and KBM Elektro + Haustechnik GmbH. The new managing board at KBM Maschinenbau GmbH comprises Franziska and Friedrich Koch and Ralf Muth.

Machines for metal processing from Allendorf/Eder

The KBM Group is based in Allendorf/Eder, Germany, and offers a diverse product and service mix. Alongside service areas such as electrical and control engineering, for many years KBM has specialised in the construction of sanding and brushing machines, foil coating machines and specialised solutions. In the beginning, the focus was on processing wood surfaces. This changed to metal surfaces over time. Now the main emphasis is on machines for surface finishing and surface protection on metal surfaces. In addition to the standard machines, we also fulfil individual customer requests and build special machines. Whether single or double belt stroke sanders or other metal processing machines – we implement customer requirements with know-how and precision. 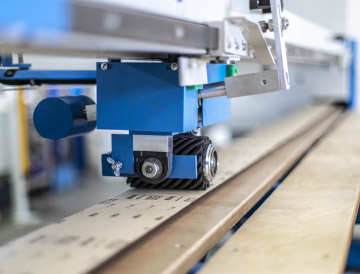 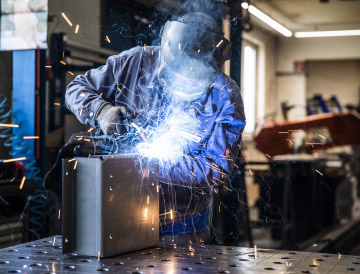 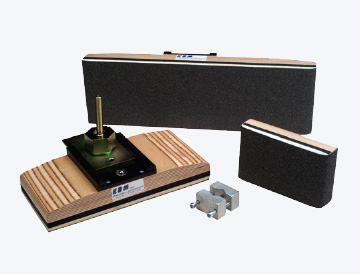 Following the insolvency of the Johannsen company in Battenberg in the year 2000 ...